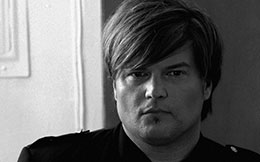 Rob Evan is an accomplished actor, singer and producer with 20 years of professional experience in the entertainment industry. During the span of his diverse career, he has performed in seven leading roles on the New York Stage including the original Broadway cast of Jekyll & Hyde, playing the title roles for three years and over 1,000 performances worldwide. His rendition of This Is the Moment has been performed at numerous prestigious events including the 2001 Inaugural Gala for President George W. Bush, the Millennium Independence Day US Naval Revue aboard the USS JFK for President Clinton, the Millennium World Forum Conference with guest speaker Mikhail Gorbachev, the Goodwill Games, the New York City Mayor’s Inaugural Gala, the NY Yankees World Series Celebration at City Hall, The Georgia Music Hall of Fame Awards Telecast, the Today Show, and Monday Night Football. Rob also appeared on Broadway as Jean Valjean in Les Miserables, Kerchak in Disney’s Tarzan, “The Dentist” in Little Shop of Horrors, and Count von Krolock in Jim Steinman’s Dance of the Vampires. Off-Broadway, Rob created the roles of The Dancin’ Kid in Johnny Guitar and the hero Miles Hendon in The Prince and the Pauper.

As a vocalist and recording artist, Rob is a member of the multi-platinum-selling rock band, the Trans-Siberian Orchestra. He can be heard on TSO’s The Lost Christmas Eve (Certified Double Platinum -Lava/Atlantic) and their latest release, Nightcastle, which debuted at #5 on Billboard’s Top 100 (currently certified Platinum -Atlantic Records).

He has played in arenas across the country and the world for up to 20,000 people. Rob has toured Europe and the US with TSO as Beethoven in TSO’s Rock Opera, Beethoven’s Last Night. Rob has opened for and performed with Sir Elton John, Trisha Yearwood, Linda Eder, Phil Collins, REM, Bonnie Tyler, John Cougar Mellencamp, Joe Walsh, Usher and Michael Crawford, among others. He was also lead vocalist for Jim Steinman’s The Dream Engine and recently released the debut album for his progressive rock band, Menrva Realm.

In concert, Rob has been a featured soloist for many leading symphonies across the nation, including recent appearances in San Francisco, San Diego, Atlanta, Chicago, Alabama, and Indianapolis as well as recent and upcoming appearances in Bravo Broadway’s Broadway Rocks with the Hong Kong Philharmonic, and the Cleveland, Minnesota, Utah, West Virginia, National, Houston, Dayton, Maryland, Taipei and New Jersey Symphonies. He conceived, co-created with Maestro Randall Craig Fleischer and starred in ROCKTOPIA (formerly The Rock Tenor), which garnered rave reviews in Philadelphia at The Wilma Theater and is currently booking around the world. His position as Creative Director at Nederlander Worldwide Entertainment has enabled him to be the one of the first Broadway performers to play Havana, Cuba in the last 50 years with the concert entitled, Broadway Ambassadors, in 2011. With Nederlander WW, he created and directed Broadway Rox, which has performed around the US and China in front of audiences as large as 10,000 last season. Rob is also a founding member of Neil Berg’s 100 Years of Broadway. He was raised in Monticello, GA and played varsity football for the University of Georgia Bulldogs where he studied Business. Rob currently resides in Westchester County, New York with his wife, Beate and their three sons.